Sharks, Stingrays and Moray eels everywhere! We thought we would try something new since sometimes words and photos just aren't enough! Our scuba/snorkel experience in Belize was phenomenal- some of the best diving we've done to date was just off of Caye Caulker. Check it out. Hope you enjoy! Feel free to SHARE!

Also can check out more awesome photos at TonyandRuby.com

So we didn’t have any reservations on arrival into Belize and hadn’t decided on jungle, beaches or ancient ruins. The weather was terrible— a rainy downpour with a blanket of humidity hugged us upon landing. The choice was easy at this point so we headed for Guatemala. We hopped in a rental car and headed west.

We had some fresh delicious nachos and the quintessential chicken with rice at a place in Belmopan and tried the first of our many Marie Sharps hot sauces! 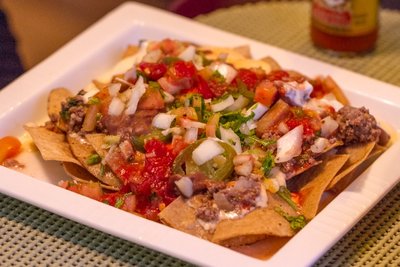 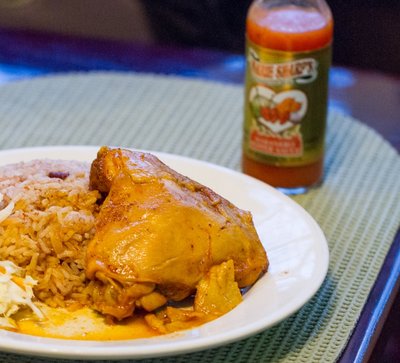 It started to get dark which. . . is not a good time to attempt a border crossing so we decided to stop for the night! Ruby found a home-stay in our guidebook in the San Ignacio area that sounded amazing: The Cool M Farm— what our guidebook stated had “two lovely cabanas with sun porches overlooking the valley”. In the dark Ruby didn’t notice the tiny detail stating this was actually a Mennonite Farm. . .we both had no idea what to expect but we knew it would be nothing like our apartment in Brooklyn and probably an adventure!

On arrival we met the mom and her daughters Janet and Avril who came and cleaned our room while we watched and talked to them about growing up on a farm in Belize. Very interesting stuff- they were originally from Europe but had settled in Belize. They are basically like the Amish also with strict religious values. You can tell them apart when walking down the street because the women wear bonnets and long dresses while the men wear denim overalls and hats. We learned that if you go to a Farmers Market in Belize— the products are most likely from a Mennonite Farm since they are big into agriculture and dairy farming. The group of Mennonites we met were more progressive and thus they used cell phones, technology and cars!

The cabana we slept in was basically a big wooden cabin that was clean but simply furnished. Thick woolen blankets kept us warm that night. The hot running water and electricity were also a huge plus in terms of our happiness.

Travel Tip: Crystal Rental Cars is the only car rental company that will allow you drive your car into Guatemala. It takes 2 days for the paperwork so reserve ahead!