Eeeeewww!!! The hot water in our guesthouse smelled like sulphur. Try bathing in that?! Apparently this is common in Iceland but from here on out we were going to try and avoid this! We got on the road pretty early heading along the Southern Coast today with a goal to make it Jokulsaron which is about 4 hours away if you drive direct. With 17 hours of daylight you think we would get there no problem but of course, there were too many amazing stops along the way and we didn’t make it all the way there. We ended up stopped in at a cute guesthouse in a small town called Svinafell for $105/nt about 45km short of our destination.

There aren’t words to describe the beauty of Southern Iceland so we’ll just share photos:

Seljalandsfoss was unique because of the way the rock formations jut out you could walk BEHIND the waterfall! 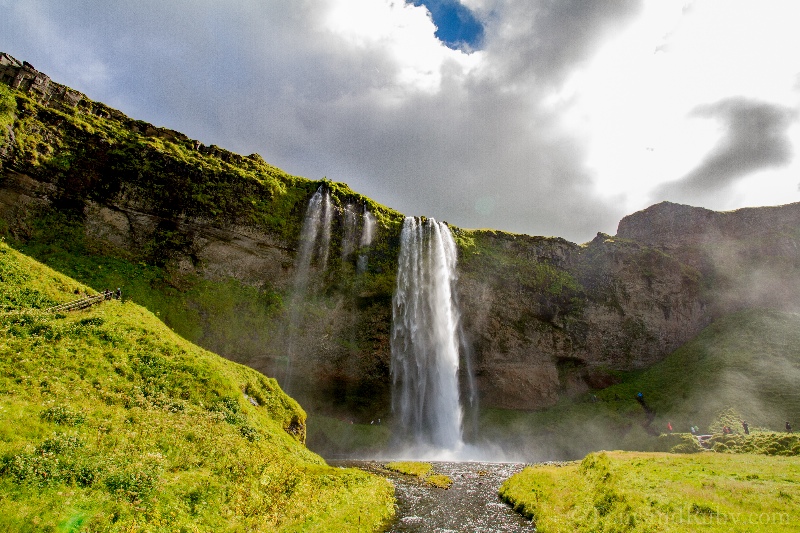 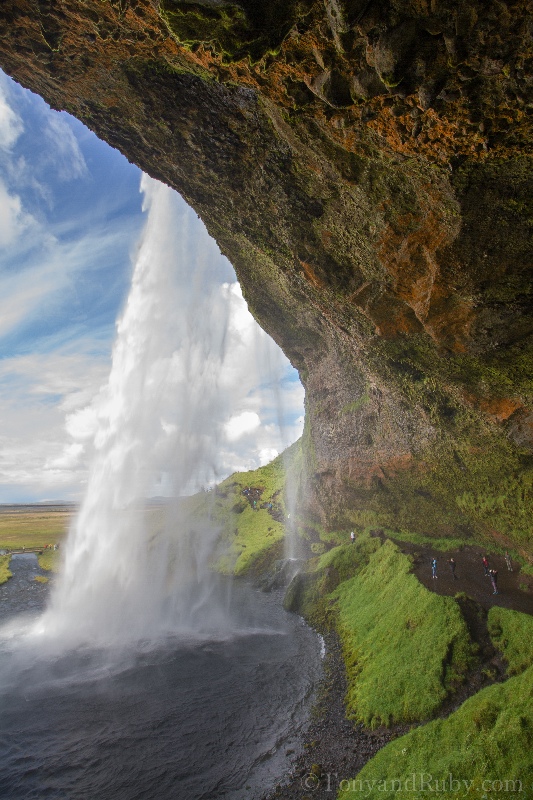 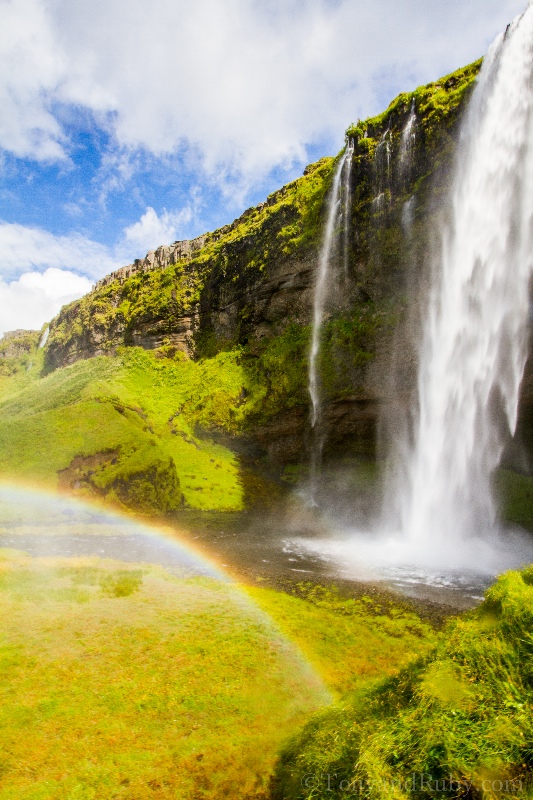 Even the drive is picturesque with rolling hills and sheep grazing 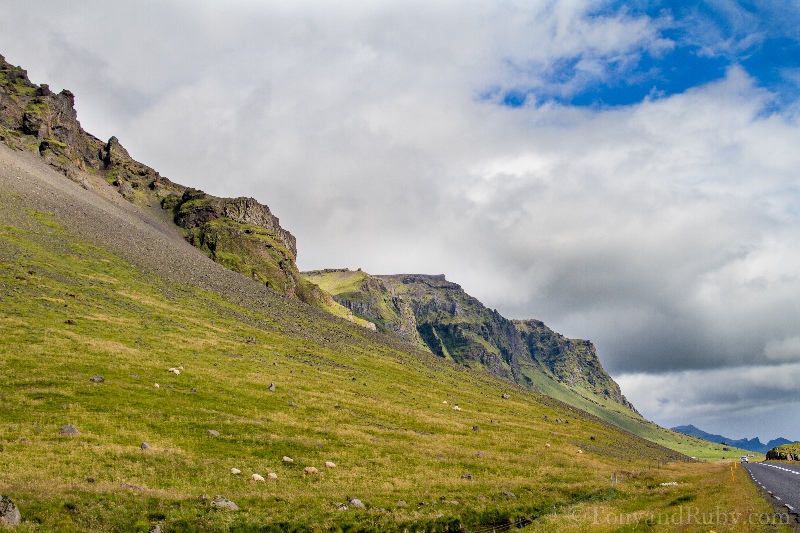 Skógafoss is one of the tallest waterfalls in Iceland. It is the end result of a long river and 20 smaller waterfalls. Stunning to see in person. There’s a really long set of stairs on the site and it’s definitely worth the hike all the way up to the top to see it from all angles. 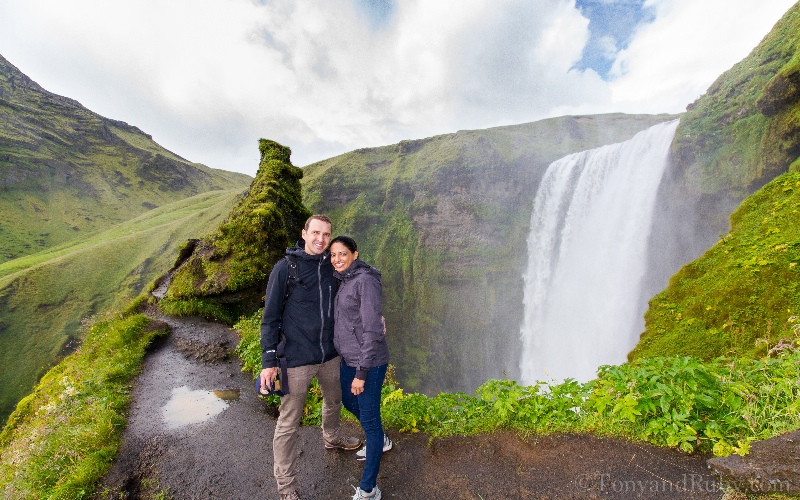 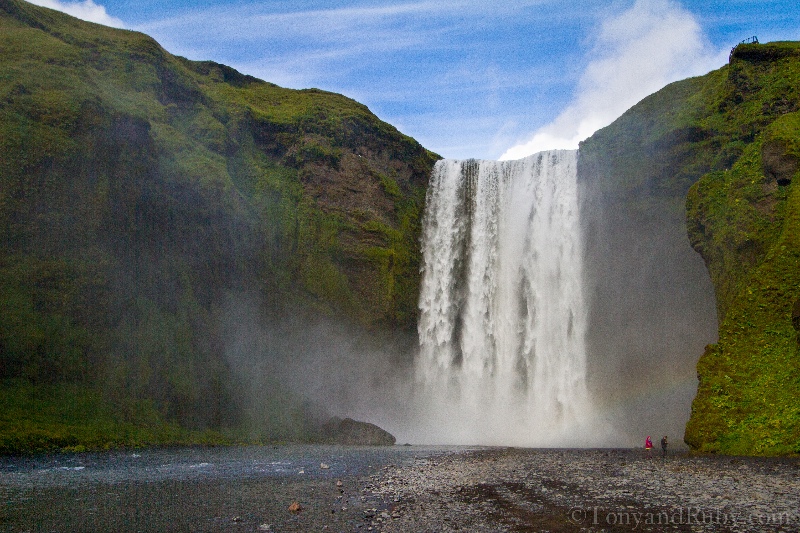 Yup, that's Ruby under a double-rainbow! 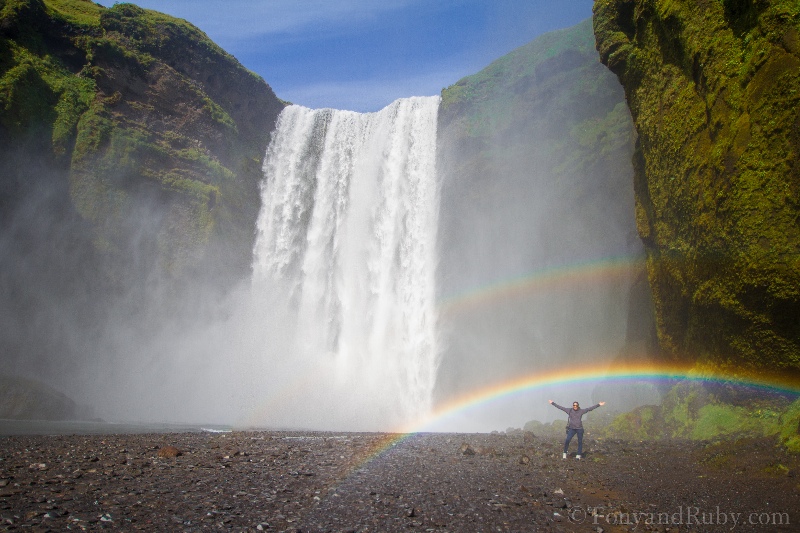 There’s even another hike following the origins of this waterfall that goes on for miles at the top of it. 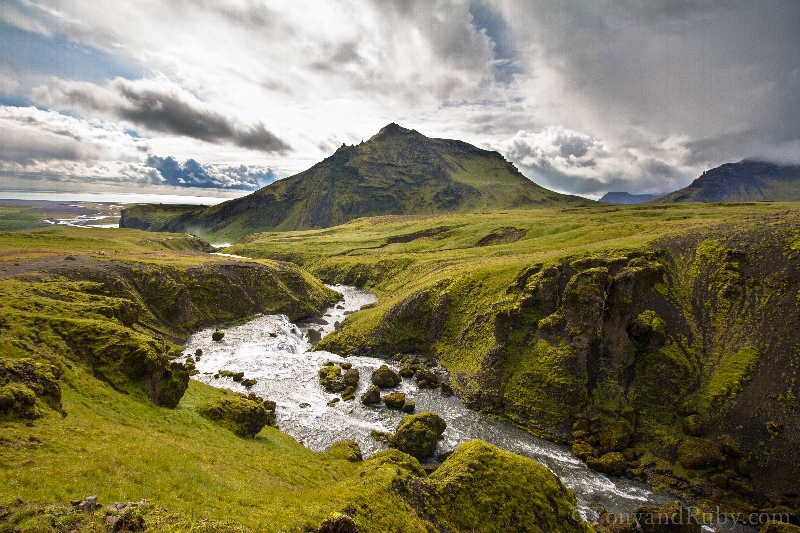 We made a quick stop in Vik for some grilled lamb— YUM! They definitely know how to cook meats and soups here!

A huge storm was coming through so we decided to keep heading towards Jokulsaron instead of stopping in Vik for the night. Most tourists stop traveling in the early evening but we are glad we kept going because the long drive along volcanic terrain, old lava flows surrounded by glaciers is much prettier with a nice sunset than without it! 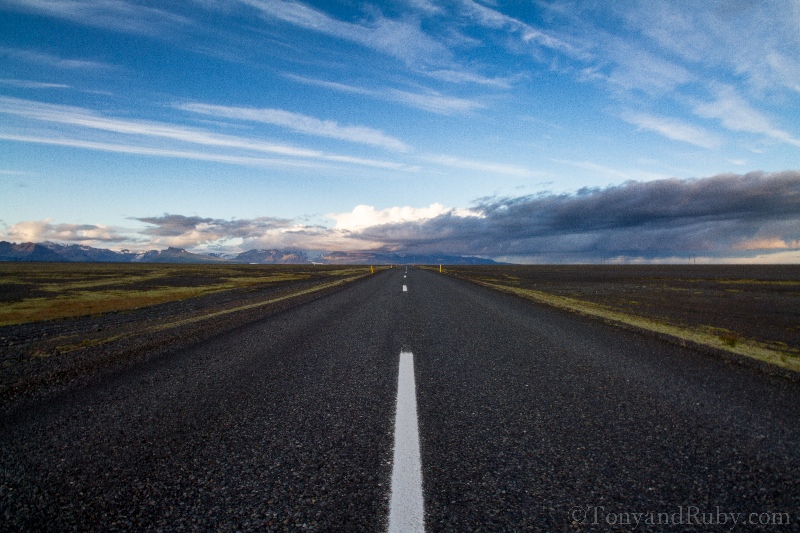 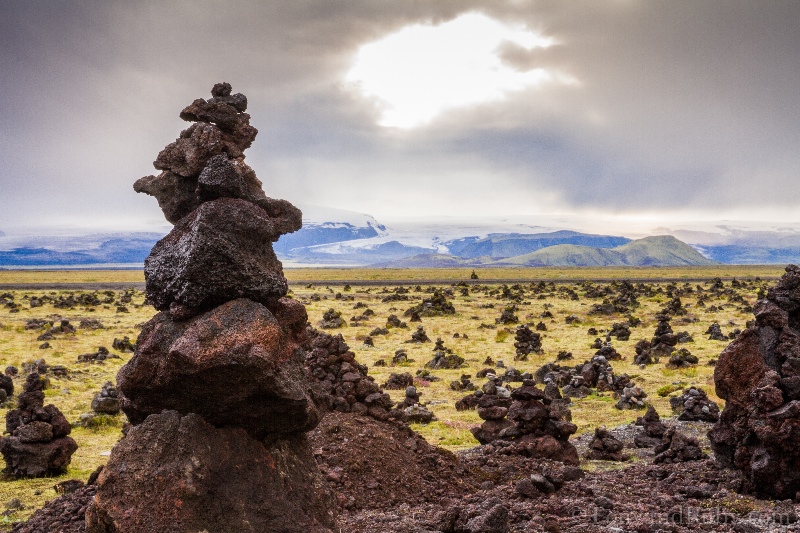 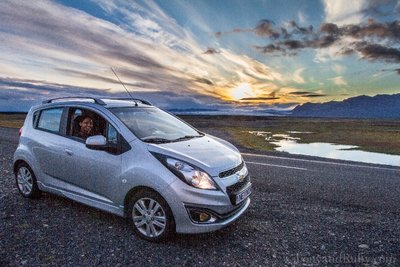 TRAVEL TIP:***We will say that this is not a place to come with your young children. They are not concerned about safety or liability here. . . you can walk right up to the edge of 200 foot rock face, glacier crevasse, or waterfall and there is no guard, safety fence, rail or rope in sight!?!

Posted by Tony.Ruby 13:12 Archived in Iceland

Previous Next Table of contents

What amazing pictures. I can't wait to see and read about each of your adventures.

Thanks Mom! We are loving it--- there's plenty more to come

Comments on this blog entry are now closed to non-Travellerspoint members. You can still leave a comment if you are a member of Travellerspoint.

If you aren't a member of Travellerspoint yet, you can join for free.